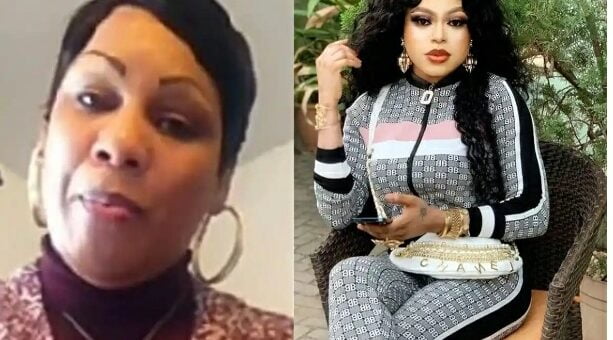 Nigerian crossdresser, Idris Okuneye Olanrewaju popularly called Bobrisky has every right to enjoy his life and live it to the fullest after defying all odds despite the criticisms against her even including a prophecy about life that was not good when it was delivered.

Sometime in 2019, a Nigerian prophetess, Blessing Chidinma Prince better known as Mummy B from made a doom prophecy about Bobrisky as she revealed that God told her Bobrisky will die after suffering an incurable illness if he does not repent from his ways.

Just after the Rivers State preacher made his prophecy known on Facebook, Bobrisky quickly reacted and kicked against the prophecy and declared that Mummy B will rather fall incurably sick.

A year on, the controversial bleaching expert and Instagram celebrity is alive, bubbly and going about his businesses including donating money to people with health issues among others.

See some photos of Bobrisky below;