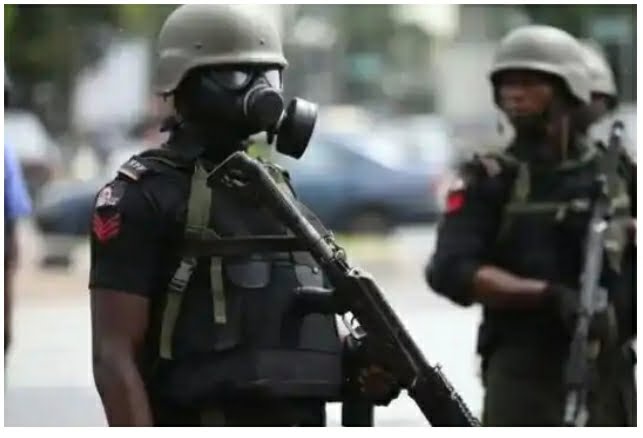 Godwin Matthew, a 26-year-old man, was arrested by police in Akure, Ondo state, for allegedly killing his 64-year-old father.

After taking his father, Audu Matthew, to the farm, the suspect allegedly committed the crime.

“On 9th September, 2021, a case of murder was reported at Ala Divisional Headquarters by one Mrs. Christiana Audu Matthew that her son Godwin Matthew, ’m’, 26 years old left home with his father to the family’s farm but she later discovered that the young man had macheted his father to death.

In the course of interrogation, the suspect stated that on 9th September, 2021, his late father directed him to kill a chicken for his brother one Emmanuel Audu ‘m’, 7 years old, for his entertainment, meanwhile, it was only the chicken head that was given to him and this made him to kill his father.”

The Police PRO added that the suspect would be charged to court for prosecution.

In other news, in a viral video, soldiers can be seen at a nursing school in Ihiala, Anambra state.

After a gun battle at an APGA gubernatorial election event in the village, military forces reportedly invaded the school in pursuit of gunmen.

Residents passing by the school were spotted lifting their hands to demonstrate that they did not carry a weapon. Students from the school were also seen rushing before a gunshot was fired at one point in the footage.

Take a look at the video below……

JMK, a reality TV star, shares the important lesson she learned after narrowly avoiding being burned alive in a house fire.

After I became pregnant in college, my father withdrew all financial support from me – Actress Adunni Ade

After I became pregnant in college, my father withdrew all financial...

For the year 2021, Burna Boy is the most streamed African...

‘Falz And Toke Are Just So Funny’ – Reactions To Falz’s...