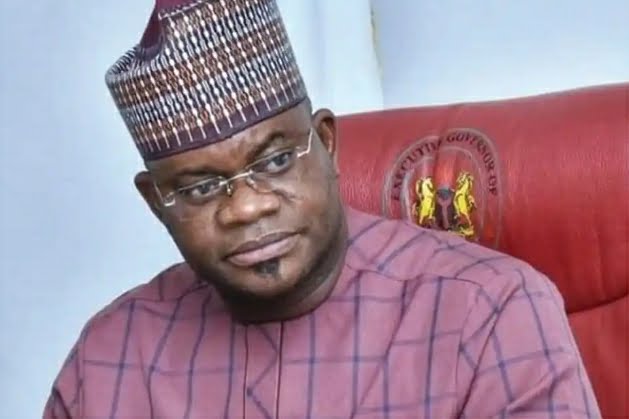 Yahaya Bello, the governor of Kogi state, claims that over 90% of the country’s present security concerns are politically biased.

When the governor received the Commander-General of HCN, Joshua Osotimehin, in his office today, Saturday, November 13, he expressed this sentiment. According to him, President Buhari inherited a country whose security system was already decaying, ill-motivated and not well trained.

As he puts it

Mr. President inherited a security system that was already decaying, ill-motivated, ill-equipped and not well trained. Mr. President has reviewed the welfare package of all the security forces in this country severally.

I make bold to say that more than you can imagine, 90 per cent, of the insecurity we are witnessing today in our country is largely political, be it Boko Haram, banditry and farmers/herders clash, and even assassination sometimes, kidnapping.”

In other news, President Muhammadu Buhari has expressed his sorrow over the deaths of Brigadier General Dzarma Zirkusu and three troops in a fight with ISWAP militants in Borno state on November 13.

MORE:  See Picture Of A Lady That Got People Talking On Social Media Platform

President Buhari expressed his sympathies to the Chief of Staff as well as the families of the fallen military members in a statement posted on his Facebook page.

”I am extremely saddened to hear of the demise of Brigadier General Dzarma Zirkusu and three soldiers who paid the supreme sacrifice, in a very rare display of gallantry, as they tried to help their compatriots in the war against terrorists.

Nigeria has lost brave soldiers. I salute their courage. May their souls Rest In Peace. General Zirkusu leaves us sad and devastated. The soldier in him will remain immortal.

I have asked the Chief of Army Staff to accept my heartfelt condolences and that of the nation, and to convey same to the members of the families of those martyred.

I pray to the Almighty to give the Armed Forces and the bereaved families the strength and courage to bear this irreparable loss.”