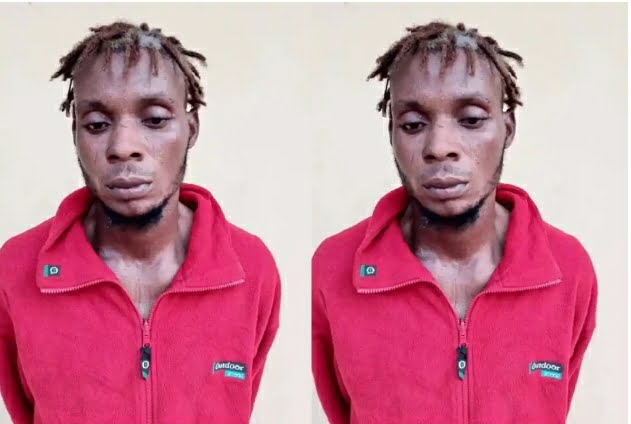 The Ogun state police command has reportedly detained Toheeb Akanji, a 32-year-old fridge and air conditioning technician, for allegedly stabbing to death Damilare Babatunde Oladipupo, 42, a member of one of the state’s transport unions.

When one Oluomo called Agbado divisional headquarters at 12:30 a.m. to report that one Oladipupo Babatunde, aka no story, had been stabbed to death by an unknown person while celebrating with the hotel owner at the Blue Roof Hotel in Adiyan Gasline, the culprit was apprehended.

After receiving the distress call, CSP Kehinde Kuranga, DPO Agbado division, quickly collected his soldiers and headed to the spot. They found the deceased had been led out of the hotel and stabbed many times in the chest, hand, and face when they arrived.

He also wrestled with his assailant, forcing him to seize the suspect’s cardigan as well as the knife with which he stabbed him.

The victim was pronounced dead by physicians after being stabbed by the suspect and being brought to the hospital for medical assistance.

The incident was confirmed by DSP Abimbola Oyeyemi, the command’s public relations officer, who said the commissioner of police, CP Lanre Bankole, was immediately alerted and directed that the culprit be tracked down and brought to justice within 24 hours.

During interrogation, the suspect admitted to killing the victim, but blamed it on the devil. He stated he went to the hotel to find out who had beaten and injured one of his boys, but when he got, the deceased confronted him and started fighting.

He then stabbed him with the weapon he had brought with him. Abimbola clarified.

Meanwhile, the commissioner of police, CP Lanre Bankole, has ordered that the suspect be promptly handed to the homicide division of the state criminal investigation and intelligence agency for further investigation and prosecution.