After being indicted in an international fraud case, embittered police officer Abba Kyari deleted a Facebook post in which he explained what happened between him and Ramon Abbas a.k.a Hushpuppi.

Remember that shortly after news of Kyari’s indictment in a fraud involving Hushuppi and his gang members went viral, he posted on Facebook on July 29 that he only received money from Hushpuppi for a traditional outfit and not to apprehend his friend. 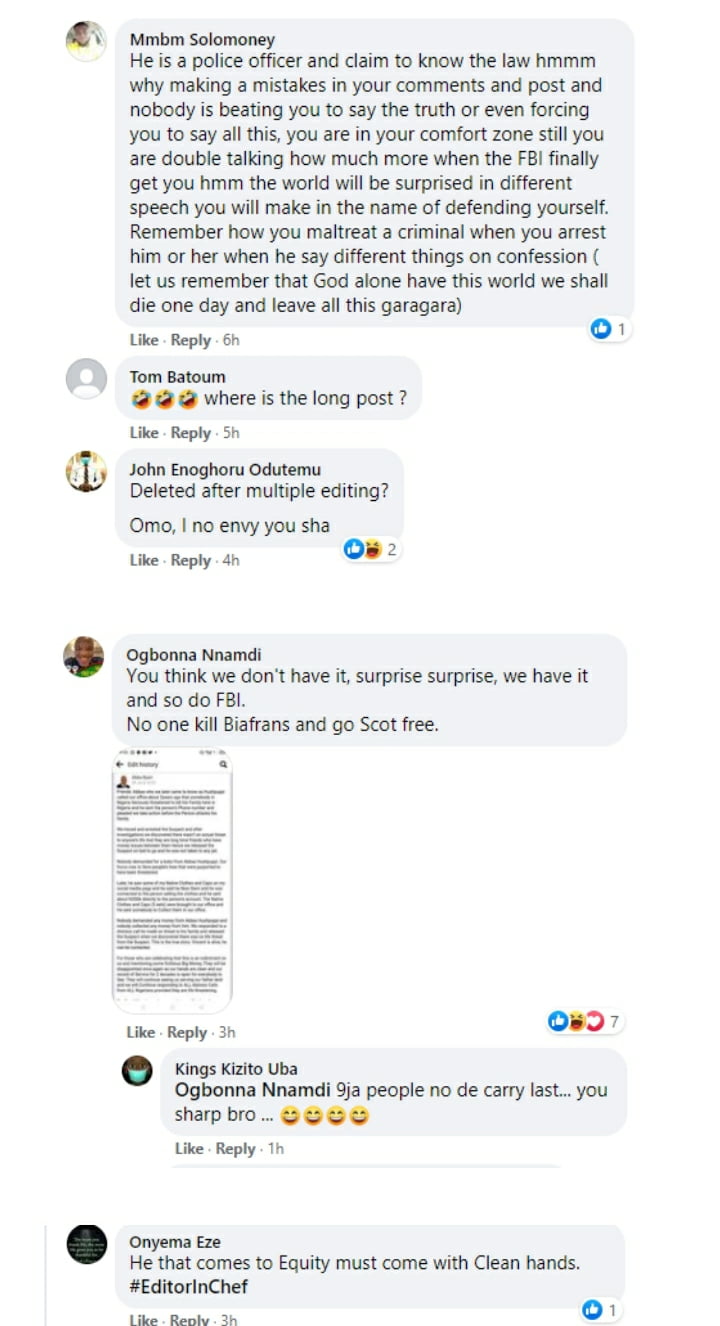 Wothappen can’t assert why Abba Kyari took down the post he made earlier but what we have gathered is that the Supercop Abba Kyari changed his story from being a tailor for Hushpuppi to being a debt collector claiming he only acted as a debt collector for him.

After FBI accused Abba Kyari of taking a bribe from Hushpuppi in relation to his fraud case in the USA, he reacted saying the money Hushpuppi sent him was for African wear he wanted him to purchase for him.

Abba Kyari days after being dragged over his claims of purchasing African wear for Hushpuppi and that is why he sent him N8 million has now come out to change his story claiming he only acted as a debt collector for Hushpuppi.