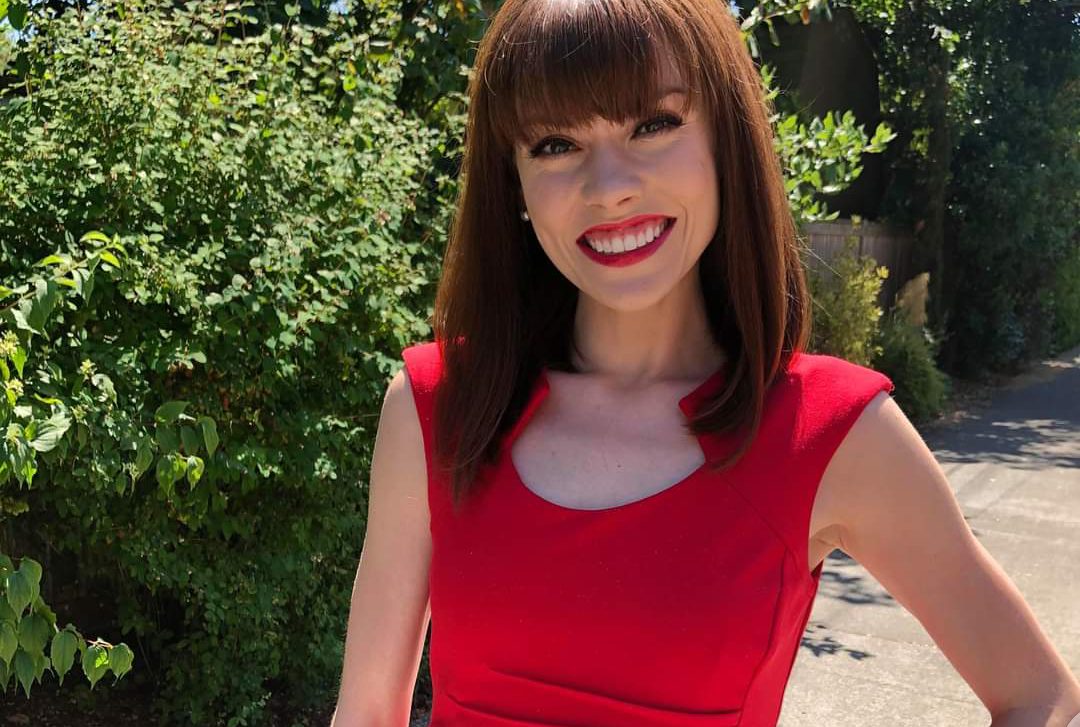 Abby Acone is a popular American meteorologist, who fancies weather reporting and forecasting. Find more interesting details about her personality below

Abby Acone is an American weather reporter who currently works at KOMO, she joined the organization sometimes in December 2018.

Acone says the adrenaline rush and challenge of covering active weather excites her, adding she’s grown as a forecaster immensely by following the complex weather patterns in the Rockies. She presents forecasts in both English for KRDO and Spanish for the Telemundo affiliate. Before coming to Colorado, she worked as a reporter and weather forecaster in Pasco, Washington for a few years.

She worked with the ABC affiliate in Colorado Springs, KRDO, for many years, before joining KOMO in 2018. She covered a variety of wild weather programs like those of Rocky Mountains, including hurricane-force winds, blizzards, fire weather, tornadoes, grapefruit-sized hail, and more.

Her first TV job was Tri-Cities, Washington, for KEPR/KIMA TV. Acone worked there as a general assignment reporter and weekend weather anchor for 2 years.

Abby Acone was born and raised by her parents in the United States. She grew up in Bellevue, WA – home to her frequent Starbucks and hiking fix. Acone belongs to American nationality and white ethnicity.

Our efforts to find out more about her family came to no avail as no such information is publicly available. Thus, the identity of Acone’s parents is still unclear. It is also not known if she has any siblings. Nevertheless, this section will be updated as soon as it is available.

Acone is a Washington native. She belongs to American nationality and white ethnicity.

Abby Acone has a net worth of about $2 Millions. She loves spending time with her family, when she’s not busy with work. She stays amongst her friends alongside her family in Western Washington. She is extremely happy to work in her local community, as she counts it a huge honor and privilege to have such a great opportunity.

‘We didn’t record it together, and I wasn’t paid,’ Rema explains...