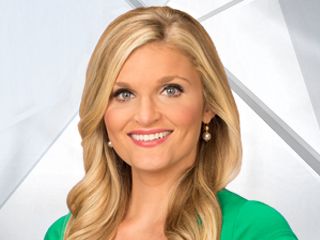 Abigail Ogle is an American journalist and the daughter of American news anchor Kevin Ogle. She was born on August 19, 1988, in Edmond, Oklahoma, United States. Currently, Abigail works at KOCO 5 in Oklahoma City as a morning news anchor. Previously, before joining KOCO-TV, she worked as a Sports Anchor/Reporter at ABC in OKC.

Abigail is a proud graduate of Edmond Memorial High School and The University of Oklahoma, Gaylord College of Journalism and Mass Communication.

Abigail was born and raised in Oklahoma by her parents Ginger Renae Burns and Kevin Bowman Ogle, who is an American television news anchor and currently serves as a lead anchor for KFOR-TV (channel 4), an NBC-affiliated television station in Oklahoma City, Oklahoma. Abigail has a sister named Katelyn Ogle (born 1993), who is the Alert Desk Anchor for News 9.

Ogle’s family has deep roots in Oklahoma. Abigail is proud to follow in the footsteps of her grandfather Jack Ogle, who was also a KOCO 5 on-air personality. Her uncle, Kent Ogle, are anchors at the local NBC affiliate, Abigail’s other uncle, News 9 anchor Kelly Ogle, is just a few steps away from her desk! anchors News 9 at 5, 6, and 10 p.m.

Abigail is married to her husband Jeff Ewing. The couple tied their note on June 4th, 2016. Jeff and Abigail’s wedding was Sports-Inspired and was held in Oklahoma at Coles Garden. According to the Brides of Oklahoma, Jeff and Abigail wouldn’t have met if it wasn’t for their shared love of sports.

The two met in July of the year 2013 when Abigail was a sports anchor/reporter while Jeff was planning a major golf tournament at Oak Tree National in Edmond. Abigail was asked to host a panel event in Edmond where Jeff was one of the panelists.

Abigail likes spending time with her husband, her dog, and is a volunteer with an active society. In favor of The American Cancer Society, The Children’s Hospital, The Oklahoma Sports Hall of Fame, and Make-A-Wish, she dedicates all of her spare time. Abigail is helping to encourage a variety of activities and fundraisers that benefit veterans and our disabled men and women in uniform. She also assists local rescue and rehabilitation services for animals.

According to her bio on KOCO, Abigail has broken a number of major stories for KOCO-TV News. The bio further says that She was first on the scene at the Norman hostage standoff in November the year 2014, reporting live for six tense hours as police negotiated a peaceful ending to the standoff.

Abigail’s house was destroyed in a massive fire on the afternoon of 31st October 2019. The fire was reported near Memorial Road and Eastern Avenue. No one was harmed in the fire, but much of the Edmond home she shares with her husband, Jeff, was destroyed. They bought the home four years ago. Firefighters said this was a defensive fire as there was heavy fire in the attic.

Ogle was a Winner of the Oklahoma Association of Broadcast Award, named 405 Magazine’s 2017 Anchor of the Year, 30 under 30 Honoree.