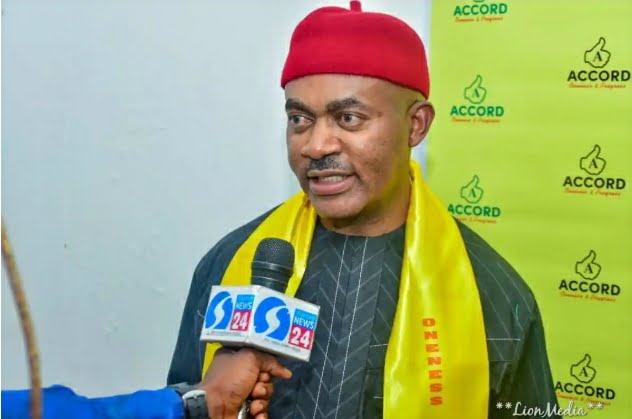 Governorship candidate of the Accord Party in the just ended Guber election in Anambra State, Godwin Maduka, has rejected the results that declared APGA’s Charles Chukwuma Soludo as Winner.

According to Maduka, The Independent National Electoral Commission’s (INEC) pledges were not kept since the Biometric Voter Accreditation System (BVAS) stopped working in several polling units throughout the election.

Maduka made the disclosure in a chat with BBC News Igbo.

In his words: This election is a very strange one because what I saw wasn’t what I expected.

My discontent is that what we were told was, (on the day of the election), your photograph will be taken, you will be shown your name then given a ballot paper to go vote.

MORE:  A man who doesn't spend time with his family can never be a real man - Actor Junior Pope Odonwodo

However, the reality was that when they started capturing using the BVAS machine, some people stayed there close to five(5) hours yet could not be captured as a result of technical glitches.

I would be very happy if this “capturing” can be shelved so we can return to the old system where you get to the voting centre, search for your name, you vote and then the vote counted.

This system of accreditation using the BVAS was a problem all over Anambra, as some persons were not captured even after close to 10 times; it happened to me and I am been told it happened to Soludo as well. A lot of Anambrans (including me) are very disappointed in the process.

What we were told prior to the election is different from what happened on that day. An election where the poor, the rich, the elderly didn’t vote because they were not captured by the BVAS machine cannot be accepted by me.