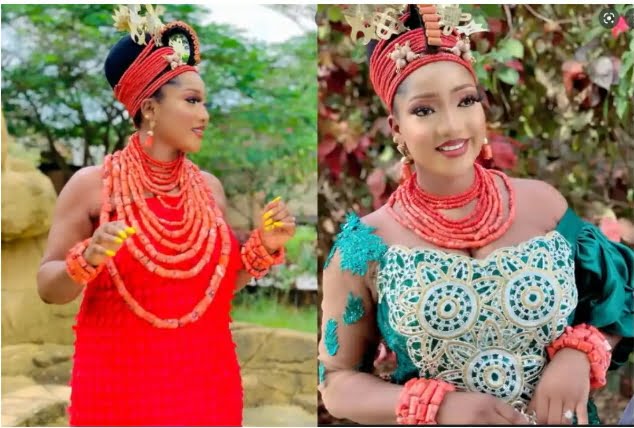 Christabel Egbenya, a Nollywood actress, has resorted to social media to flaunt about her newly acquired social standing after marrying her heartthrob over the weekend.

Following her colorful wedding in Auchi, Edo state, Christabel Egbenya, residing in Enugu state, is now a happily married woman and is officially off the singles market.

Fans have also wished her a happy marriage and congratulated her.

‘It’s not easy to find love these days, so if you do, appreciate it…’ @iamjnrdaniel

It doesn’t matter where you look for it

‘Wow,’ says @vinexceldavid. This young lady has been acting for a long time. ‘I was surprised to learn that she is about to marry.’

@officialkenny111: ‘Don’t wonder how many actresses there are in this country, just congratulate her and move on.’

@skillz2tr; ‘It just doesn’t seem like the term “Mrs” means anything to women, even if they attempt to convince you otherwise. Am I making a mistake?