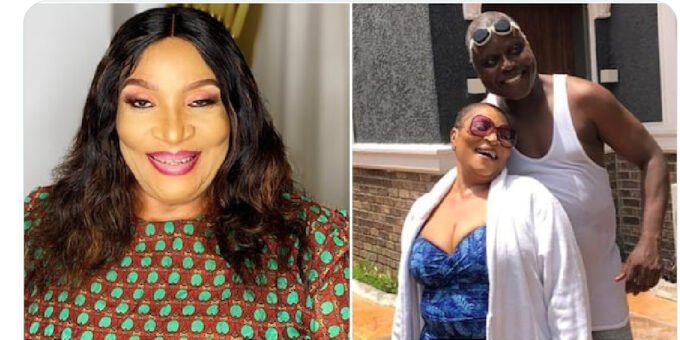 Nollywood actress Ngozi Nwosu is having the time of her life at the beginning of the year and she is letting her fans know.

The actress recently shared a photo on her social media page that has got her followers gushing.

In the photo she shared online, Nwosu was spotted with her colleague actor Dele Odule.

While the actress wore a swimming suit and covered up with a white robe, the actor was on a white singlet and a boxer.

Nwosu laid her head on the chest of the actor as they posed for a photo with a big smile on their faces.

In the caption that accompanied the post, the actress called the actor her forever, adding that he would always have a special place in her heart.

She went on to reveal that they were holidaying somewhere and having the time of their lives.

Meanwhile, a deeper look at the photo shows that the actors may be on set as tripod stands were spotted in the background of the picture.

Check out the photo below: