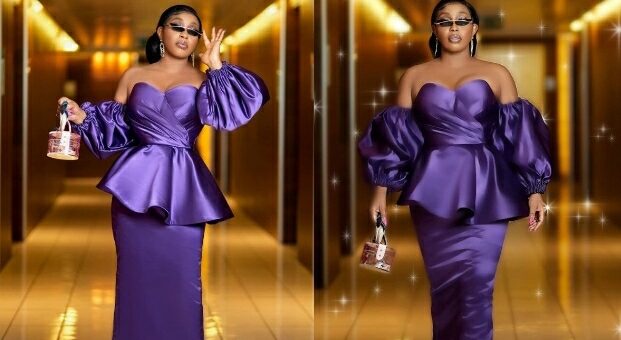 Delectable Nollywood actress Rita Dominic has disclosed that she has got children in a fresh exclusive interview.

The beautiful actress who noted that she sees life differently revealed that she hasn’t given birth before but that doesn’t stop her from being a mother. She expressed love of having her own children but opened up on having children of which she takes care of and that makes her a mother.

“I don’t know. I think I just really think differently from a lot of people. I don’t know. What I mean by that is there are certain things I don’t let get to me.

In reaction, an IG with handle, @joyaustin4743 asserted her fact of being a mother. She said, once she is taking care of them, it makes them her children. She wrote;

“If you are taking care of them, then they are your children which makes you a mother.Good for you.”

In a recent post, the beautiful and seasoned actress announced that she back to the screens with a new movie in the pipeline. Rita Dominic who has been missing in action for a couple of years is finally back to grace the TV screens of Nollywood fanatics.