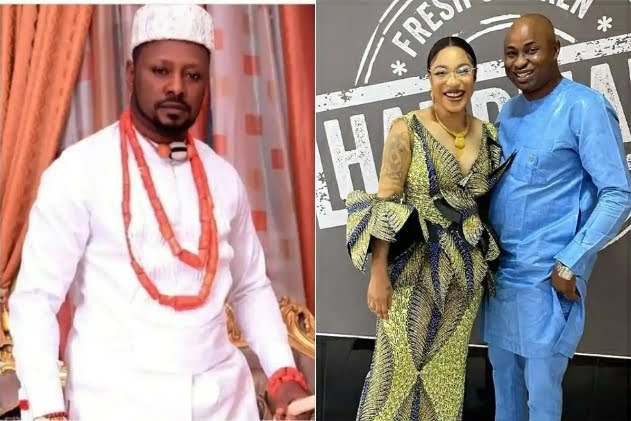 The ex-boyfriend of Nollywood actress and philanthropist Tonto Dikeh, Price Kpkpogri has cleared the air on his supposed “best friend” spotted with the actress.

Tonto Dikeh took to her Instagram page and shared stunning photos of her son and the supposed best friend of Prince Kpokpogri, “Mayor” having fun at an eatery. The photo caught the attention of a lot of people who complained about the actress’ association with Mayor.

After her fans lambast her, Tonto Dikeh assured her fans that she is not going to disappoint them in her next relationship following the appalling and dirty drama with her ex-boyfriend, Prince Kpokpogri.

MORE:  “What If I’m Broke? So What?” – Don Jazzy Speaks On Rumors Of Going Bankrupt (VIDEO)

She wrote:Online brothers and sisters he is just a friend oooo, una no remember when mr mayor come out come fight for me. Don’t worry I wldnt disappointed you people again.

In reaction, Prince Kpokpogri has taken to his story and has debunked claims that Mayor was his close friend. According to him, Mayor was never his close friend but rather his assistant who used to run errands for him.