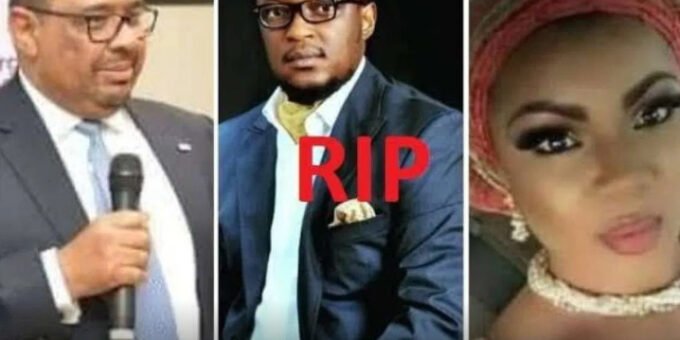 The wife of Adam Nuru, the former First City Monument Bank (FCMB), Managing Director, who had an affair with one of his staff, has reportedly left their home.

According to reports, she also plan to divorce his husband due to the paternity scandal.

SaharaReporters claimed that Adam Nuru’s wife, Hauwa, has concluded plans to divorce her husband due to the infidelity of her husband.

The publication quotes family sources as saying that Hauwa has moved out of his house and has likely informed her lawyer to prepare divorce papers so she could leave the marriage.

“I know she has moved out. This case is beyond Moyo or the late Tunde. His (Nuru) own marriage is about to crash now. The wife and her family are really giving him problems. They are ready to deal with him. The Moyo stuff is part one, he is currently facing the second part with his wife.”