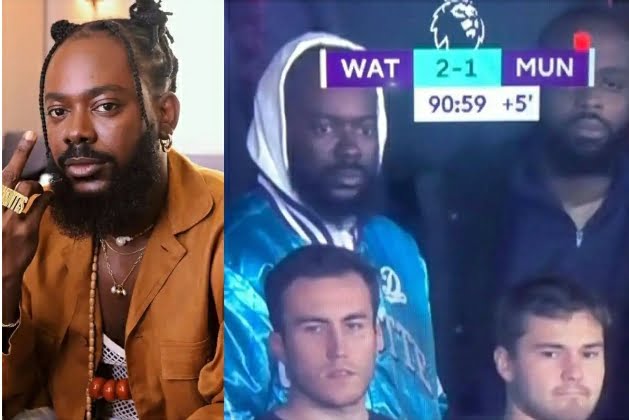 Adekunle Gold has had it tough on a troll who taunted him over a viral photo of him in the stadium after he lamented how Man United ‘disgraced’ them in their encounter yesterday.

After a viral photo of him allegedly in the stadium watching the play live went viral on the internet, Adekunle Gold tweeted that if Man United don’t let Ole and Maguire go, he’s scared he could have stepped in.

A troll responded to his tweet by asking how he didn’t step in while he was at the stadium, saying shebi he was watching the game for the stadium, so why didn’t he move in then, and now he’s talking about stepping in from wherever he is.

MORE:  Speed Darlington Calls Out Lady Who Scammed Him N25k – Set To Reward Anyone Who Finds Her

This photo of Adekunle Gold in the stadium watching the game appears to be faked, which is presumably why the troll mocked him with it, but it could possibly be true that he did go to the stadium to watch the game.