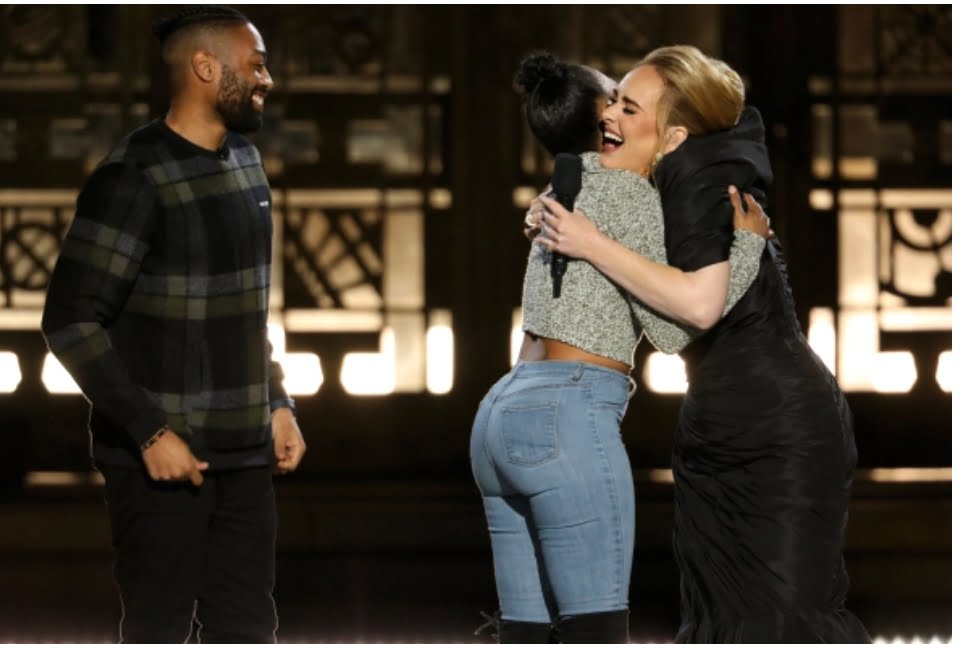 Adele performed at the Griffith Observatory in Los Angeles in October for the first time in more than four years. As part of a two-hour special with Oprah Winfrey, Adele One Night Only, the concert and interview aired Sunday night on CBS. Despite having Drake, Lizzo, Leonardo DiCaprio, and Ellen DeGeneres as some of her celebrity pals in the audience, Adele welcomed a lucky couple to the intimate event as they took a big milestone in their relationship.

She began her presentation as the sun was lowering, so she interrupted the show once it was dark to inform her audience of what was to come. Quentin, a man seeking assistance in proposing to his long-term partner Ashley, wrote to a fictitious television show. In order to pull off Ashley’s big surprise, the show’s producers arranged for the couple to spend a romantic day together. They took a picnic in the park below Griffith Observatory on a romantic date. A blindfold and noise-canceling headphones were given to Adele by Quentin after dinner and he escorted her to the show. As the duo made their way to the front, Adele pleaded with the crowd to keep their voices down. She agreed.

Just recently, Wothappen.com published the amazing transformation of Adele, she figured woman winning the world over with her amazingly stunning voice. She immediately became the face and voice of profound songs with the release of her album 19. The talented beautiful British artiste revealed her amazingly new body figure as She hosted Saturday night live about two days ago. She flaunts her incredible new shape and you can tell that the transformation has been a gradual process over the years.