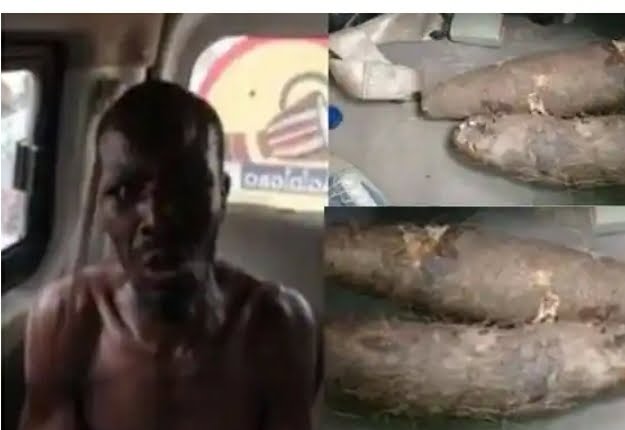 In Oyo State, a Nigerian man accused of kidnapping was apprehended after allegedly turning two schoolchildren into yam tubers.

According to a claim circulating on the internet, the incident occurred on Friday, December 3, 2021 in Ibadan, the capital of Oyo state.

According to the claims, the man allegedly dropped a particular amount of money on the ground, which the kids then picked up and “transformed into two tubers of yam.”

The man told TVC News in an exclusive interview that he does not believe humans can be converted into yams while being interrogated.