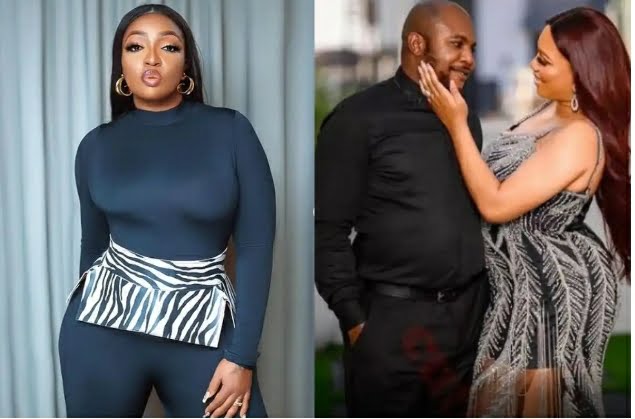 Anita Joseph has slammed a troll who cautioned her against using social media after she commented on Sandra Iheuwa‘s marital difficulties, stating she despises what transpired.

After rumors of their marriage having troubles went viral, Sandra Ihuewa’s estranged husband rushed to social media to let the cat out of the bag, claiming that he has to break the marriage since his estranged wife prefers social media over their home.

According to Steve Thompson, his marriage with Sandra Iheuwa is doomed since she doesn’t care about their home and is constantly bragging about her exploits on social media, which Anita Joseph reacts to.

Anita Joseph expressed her disappointment with the outcome, and a troll offered her innocuous advice that Sandra Iheuwa’s situation should serve as a caution to her as well, since she is also a social media housewife, and she didn’t take it lightly.

It’s past time for these female celebrities to understand that whatever they post on social media has a limit, especially when it comes to their marriages, and Anita Joseph is just as guilty as Sandra Iheuwa.