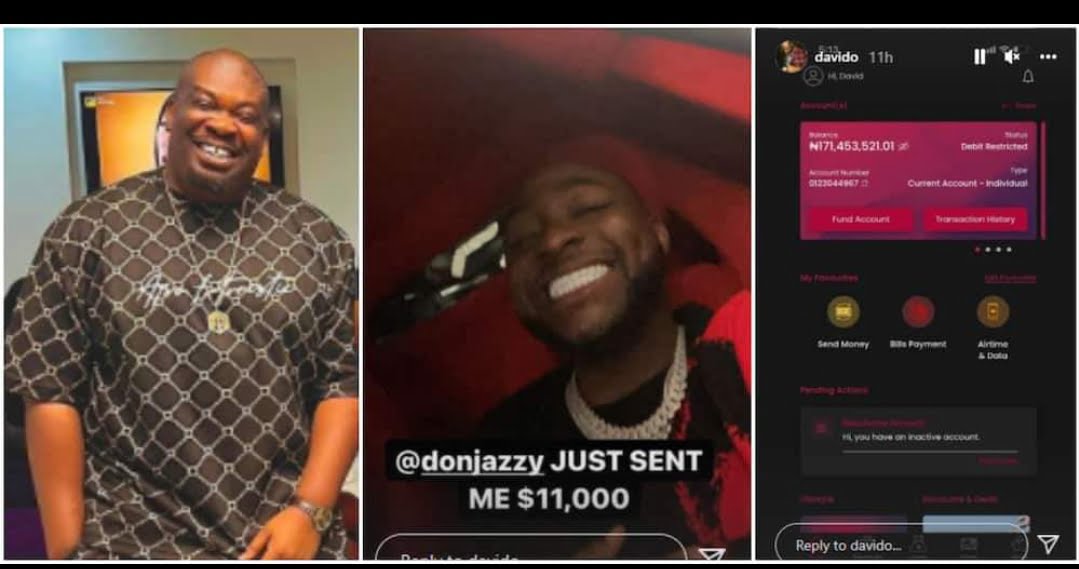 The musician revealed that Don Jazzy gave him a whooping 11,000 dollars (roughly 6,000,000 naira), bringing his total funds gathered to a massive 171 million naira.

Don Jazzy has joined a long list of celebrities who have contributed to Davido’s new account, which was only launched a few days ago.

Davido set up the account to solicit funds for his upcoming birthday from his famous pals and inner circle, and he has so far earned N171, 453,521.01 from the intriguing venture.