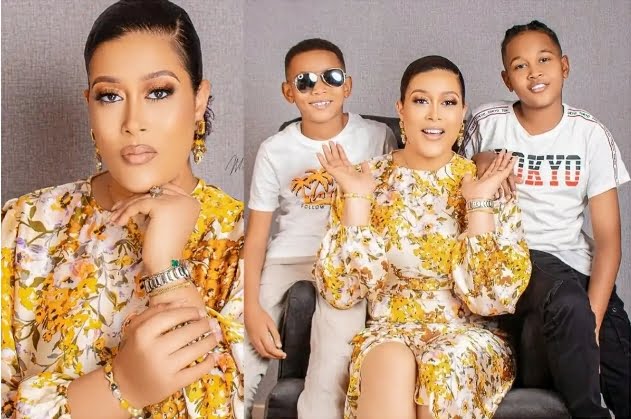 Adunni Ade, a Nollywood actress, has opened up about some of the darkest times in her life, revealing that her father withdrew all financial support after she became pregnant with her first kid while still in school.

Adunni claimed in a lengthy Instagram post that she thought she had failed in life since her hero was disappointed in her because his first daughter would have an unmarried child.

She said that she had nothing and that she didn’t think she’d make it because of how bad her life had become.

However, she claimed that her child, D’marion, kept her going since the way he looked at her gave her a new perspective on life. She admitted that she is still a long way from her life ambitions, but that things have changed.

Check out some of the reactions below.

Mothers are the genuine MVPs; they never give up on their children, no matter how awful things are going in their lives. Even God does not cut us off, despite our best efforts. All is well that ends well; credit to her for doing this; it is not easy.

luxkiddies
Some people are already criticizing her for speaking her truth; some people become pregnant more than six times a year and terminate the pregnancy while doing so…. Stop acting as if you’re a saint.

ronkeabosede
People that utter shite in the comments area have done crazy things, including countless abortions behind closed doors.
Stop pointing fingers at others when your wrongdoing is more serious yet hidden.

deesugar
Be careful, you tiny girl reading this, don’t get pregnant and expect to be successful as well; instead, work hard! Just expressing respect!!