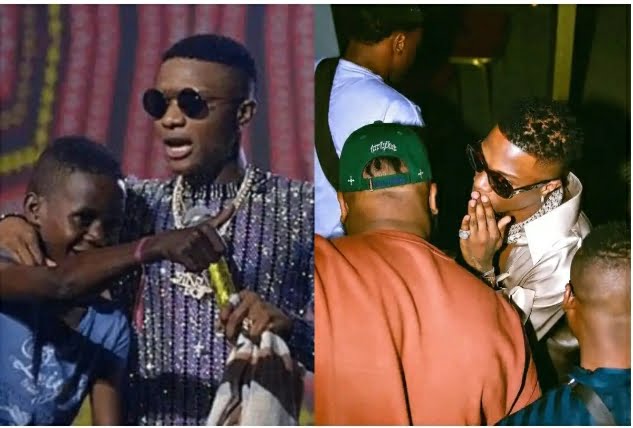 Roy Emmanuel Obinna, Wizkid’s personal bodyguard, has defended his boss while criticizing Ahmed for using social media to imply Wizkid failed to honor a promise of N10 million and a record deal he promised to him.

Ahmed stated categorically that Wizkid reportedly failed to follow through on a promise he made to him four years ago when he pledged to sign and gave him N10 million after being pleased by his stage performance.

In a viral video, Ahmed revealed that he is still begging on the streets since Starboy has yet to provide the money he promised.

He clarified the situation by writing:

“Wizkid paid him almost N10 million and enrolled him in one of Lagos’ best schools (Caleb) got them a new apartment with all they needed, but the dnky was busy smoking up and down and doing gang stuffs, which is why he was expelled.” Wiz also handed his mother a large sum of money to start a successful business,” he stated.