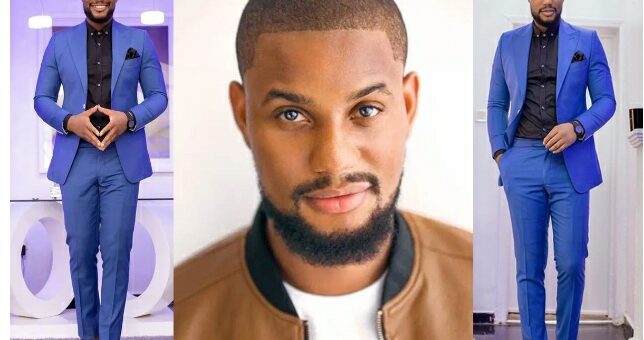 Actor Alex Ekubo has detailed why he is still single and yet to marry aside from the fact that he doesn’t have money to get married now.

Alex Ekubo happens to be one of the handsome and hardworking bachelors of Nollywood and a lot of fans are looking forward to seeing him marry someday but now we have a fair idea why he isn’t getting married as expected.

Sharing a meme of someone stammering while answering the question of why he isn’t married, Alex Ekubo said that is exactly what he and some friends of his as they don’t have the capacity to get married now.

He then added that he needs to talk for himself as if appears he’s the only person in Lagos who doesn’t have money and even insisted on not having it when a fan of his claimed he’s lying because everyone knows Alex Ekubo to have money.

Despite all his excuses to run away from the idea of getting married, some ladies still offered to marry him even without money and capacity as after their marriage he would have the capacity he has been waiting for and it seems Alex Ekubo has become a hot cake in the single world.