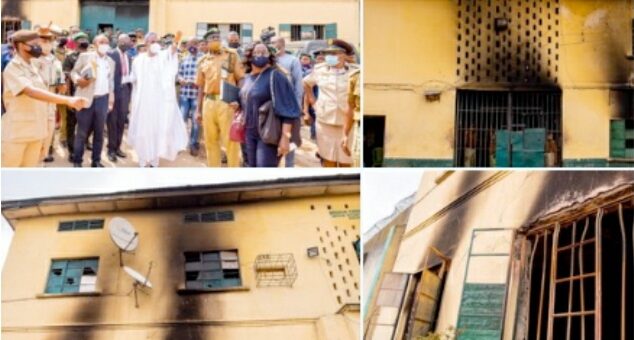 The inmates who voluntarily returned to the prison after an attack was launched on the Imo State Correctional Center on Monday, April 5 may be granted amnesty.

This update was disclosed by the Minister of Interior Affairs, Rauf Aregbesola saying the Federal Government is ready to grant amnesty to the inmates who decided to come back to the prison after they were released.

He made this disclosure on Tuesday, April 6 while inspecting the center which was attacked. According to him, the Federal government is launching an extensive investigation to bring perpetrators found culpable to book.

“Unlawful escape from custody is a crime but government in its magnanimity will grant amnesty to prisoners who willfully return. They will no longer be charged with unlawful escape but only for the initial crimes that took them to prison. So we urge all escapees to return before they are caught on the run.”

Earlier on Monday, wothappen reported that six inmates have voluntarily returned after they escaped the correction facility in Owerri, Imo State. They willingly turned themselves in back to the prison.
The Nigerian Correctional Center noted that only 35 others refused to run away from the center. In a statement, John Mrabure said that about 1,844 inmates are still on the run. He begged citizens to provide useful information to help recapture the inmates who broke free.