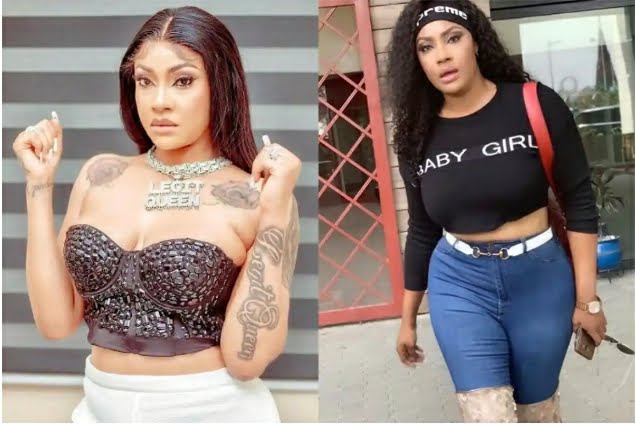 Angela Okorie who seems to be addressing some issue between her and a colleague of hers said before they start with their inferiority complex by opening a fake account to chat her they should ask themselves where they were 15 to 17yrs ago.

According to her, she has been grinding for year and won’t let anyone touch what she has worked so hard to build knowing some of these so called celebrities still beg for roles before appearing in movies bragging that she has made some of our favorites ride on her fame.

MORE:  Stop The Nonsense Hanging Around The People Who Are Destroying Us’ -Monalisa Stephen, Chides Her Colleagues For Visiting VP Osinbajo

Angela Okorie then added that street credibility is not by choice and being legendary is not by social media shading some female celebrities saying is they wear real designers it looks like gari sack on them because of their personality and not that the cloth doesn’t look good.

Angela Okorie didn’t forget to sing her own praises making those who are fighting her low key understand that she worked hard to be where she is today hence she won’t allow anyone take that away from her.