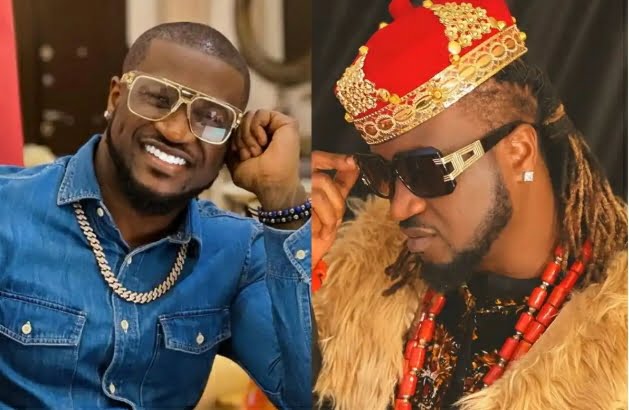 Rudeboy has resorted to social media to ask his celebrity buddies to send him money as he celebrates his 18th birthday today, November 18.

Rudeboy and his twin brother, Peter Okoye, are in a joyful mood after finally resolving their disagreements and rekindling their relationship.

Several celebrities and fans were delighted to see the Okoye brothers unite as brothers to provide great energy and vibrations around the world.

Rudeboy released his account number details in response to his birthday, informing his friends that he would be expecting donations to celebrate his birthday.

Remember how Davido sparked a trend by playfully asking his business buddies to send him one million naira each to celebrate his birthday?

Starting with @obi cubana and @judeengees, and even @davido, let’s show @davido that two heads are better than one….. everything na double double

Aside from that, the Nigerian Navy has revealed the location of Cute Abiola, a renowned Instagram comedian who was reported missing a few hours ago.

Mr. Macaroni, a fellow comic, had earlier used Twitter to raise the alarm that the comedian had gone missing. Cute Abiola’s wife and pals last heard from him on November 15, according to Mr Macaroni.

Abiola was said to be imprisoned in a Nigerian navy cell, with no one able to determine his crime. Mr Macaroni wanted the Nigerian navy to comment on his whereabouts in order to allay any fears.

The navy issued a statement denying rumors that Abiola was missing.