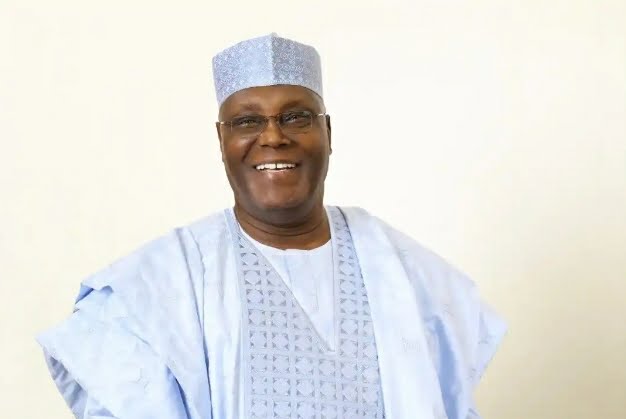 Former vice president of Nigeria, Atiku Abubakar has reacted to the victory of Prof Charles Soludo on his election as governor of Anambra state.

Taking to his Twitter page, Atiku congratulated Soludo on his iconic win, stressing that the peaceful election they had is worthy of emulation by other states.

He wished the people of Anambra well in all their endeavours as they begin their new journey with their elected governor.

His tweet read: It is rewarding that the citizens of Anambra ultimately took their destiny into their hands in the weekend election. It was peaceful and devoid of political violence. I congratulate Prof Charles Soludo on his election as governor of the state.

The greatest winners are Ndi Anambra and the institutions that worked in concert to ensure, warts and all, the success of the election.

The greatest winners are Ndi Anambra and the institutions that worked in concert to ensure, warts and all, the success of the election.— Atiku Abubakar (@atiku) November 11, 2021

In other news, The Ondo State Governor, Rotimi Akeredolu, has conveyed his congratulatory message to the governor-elect of Anambra, Prof. Chukwuma Soludo, describing him as a man whose academic profile stands to benefit the state.

Akeredolu posited that he is looking forward to collaborating with Soludo in the fight against the region’s security and economic concerns. He lauded him on his meritorious academic achievements.

Akeredolu’s congratulatory message was contained in a statement issued by the Ondo State Commissioner for Information and Orientation, Donald Ojogo

In his words: “We look forward to working with Prof. Charles Soludo under the auspices of the Southern Governors’ Forum, for the peace, security, and development of Anambra State, Southern Nigeria, and the country at large,” the statement quoted Akeredolu as saying.
He continued, “No doubt, we will be happy to explore the experience of the Governor-elect, as it relates to the economy and also helps in our efforts to keep the people of Southern Nigeria safe.