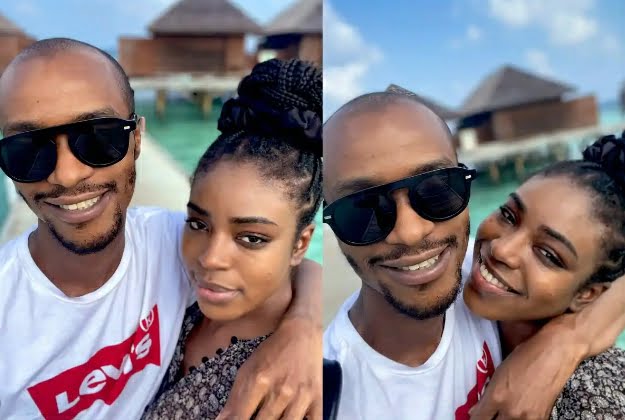 The son of Governor El-Rufai, Bashir El-Rufai has disclosed what he did when he missed his wife.

According to him, his wife Nwakaego’s scent was the only thing that could satisfy him when he missed her. He revealed that he had to use her car so that he could “smell her scent again”. He made this disclosure via his Instagram story.

I miss my wife. Had to use her care just so I could smell her scent again

In other news, the Independent National Electoral Commission (INEC) has revealed its intention to allow prisoners to vote in elections.

On Wednesday, November 10, Dr Adekunle Ogunmola, the National Commissioner of INEC’s Outreach and Participation Committee (OPC), received Rev. Fr Jude Isiguzo, the Executive Director of CAPIO, who led his team on an advocacy tour to the INEC offices.

Through the Pollrite 23 project, Fr Isiguzo has urged for the enforcement of Nigerian inmates’ voting rights, particularly as the 2023 general election draws near.

“It’s like you are preaching to the converted because the commission has tried to do something in that direction in the past.

“I remembered that the response of the Chairman is always that there would be a need for further interaction with the correctional services so as to be able to determine the modus operand of achieving that.”

“I want to say that your aim of ensuring that the rights of inmates are protected, at least with regards to participation in the electoral process is something that is part of the vision of the commission because in the strategic plan of the commission in 2022 to 2026, there is an amendment to the vision and that is inclusivity.

“Well, we have always maintained that we want to give Nigerians free, fair and credible election but we are now changing it to include inclusive election.

“I want to assure you that this visit will spur the commission to ensure that action is taken in this direction.”