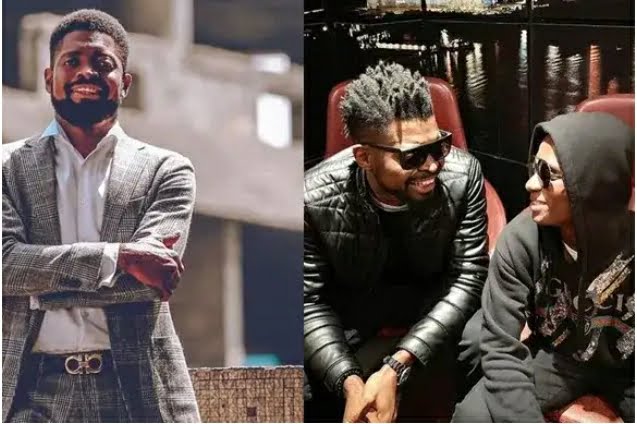 Basketmouth has finally revealed the main reason behind his beef with Wizkid, albeit permeating within the lighter corridor of his sense of humour.

An old tweet that saw a member of the Wizkid FC advising the Grammy award winner to go slow on eating fast food was replied recently (2021) by another fan who noted that it’s because Baskemouth is always beefing him.

The comment attracted the attention of Basketmouth who swiftly replied by saying what is between him and Wizkid is no longer beef but now a full-fledged cattle ranch.

MORE:  Mercy Johnson Loses Her Cool As Teacher Bullies Her Daughter Purity Because She Dislike Her Movies

The award winning Nigerian comedian whose real name is Bright Okpocha jovially labeled the indigenous rapper an arrogant person for dropping a fiery ten-track album that will go a long way to cement his name in the annals of Nigerian music.

‘UY SCUTT’ is Olamide’s 11th studio album and it has started earning rave reviews from connoisseurs, celebs and fans. Reacting to the album, Basketmouth said; “Why are you so arrogant, what kind of album did you just release? Why you too dey show yourself? Goddammit