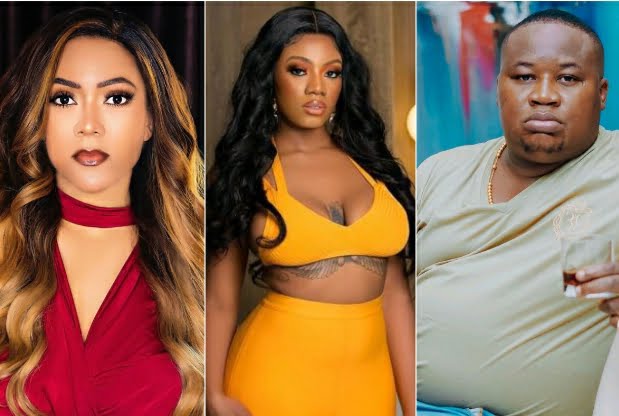 Former Big Brother Naija housemate Angel has taken to her Instagram story to react a few minutes after popular socialite called out Maria for threatening the wife of her lover with death.

Social media has been heated up a few hours ago after Cubana Chief Priest took to his page to call out BBNaija star Maria Chike for snatching the husband of his sister from her and also sending her messages threatening her life.

It would be recalled that during the reality show, one of the housemates who was mostly slut-shamed was Angel. Angel was misjudged and slut-shamed by some of her colleagues in the house. Maria was not an exception.

Recall that the camera captured Maria, Nini, and Peace discussing Angel after she had a fight with Sammie. They were heard discussing how Angel deserved the insults hurled at her by Sammie.

In reaction, Angel has taken to her Instagram page to share a hilarious video of a popular Ghanaian actor identified as “Akrobeto” laughing uncontrollably and also sharing the video of the legendary actor “Osita Iheme” giving a shocking expression.