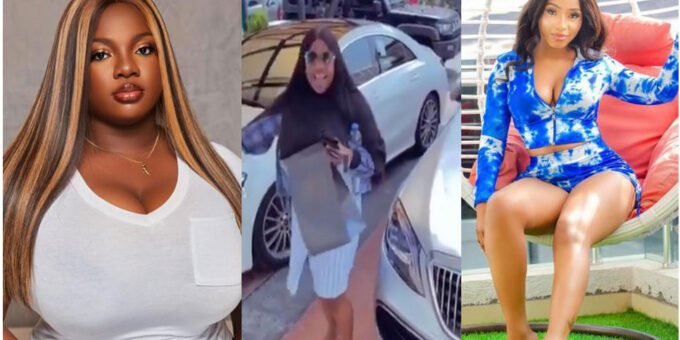 Dorathy Bachor, who recently took to social media and hit back at her critics, expressed dissatisfaction over how she had to struggle just to find a place to park her Mercedes Benz car, which was received from her fans as a birthday gift.

In the video sighted on social media, was seen walking towards the Nigerian media personality, actress, video vixen, and entrepreneur from Imo State, Mercy Eke, in her house showing her where she had to park her car as the compound of Mercy’s residence was occupied with cars.