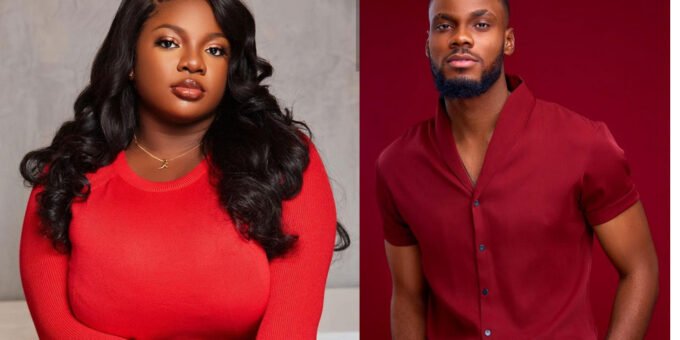 This comes after Prince Nelson reacted to the name Dorathy Bachor gave to her fans during an interview with Silverbird TV.

During an interview with Silverbird TV, Dorathy Bachor, who recently took to social media and hit back at her critics by saying their opinion can’t change them, was asked to mention the name given to her fanbase, and she responded by saying ‘Dorathians,’ but her fans were not happy about it as they are called ‘exploras.’

Prince Nelson reacting to this, jokingly mocked the well-endowed reality star using a meme, and Dorathy Bachor in her response, asked him to shut up as she called him a mother fu***r.

Prince Nelson replied by saying; “Please I hate lies, saying I don’t remember … Dorathians?? What in the Old Testament were you thinking?”

Check out the screenshots below;