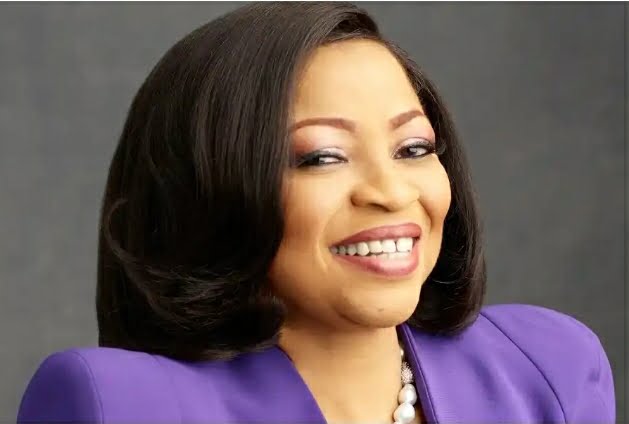 Folorunso Alakija, a Nigerian wealthy entrepreneur, has confessed that she stopped wearing expensive jewelry because God told her to.

She revealed this when preaching at the Amazing Grace Pentecostal Church’s 25th Anniversary Church in Lagos.

According to Folorunso Alakija, it took God ten days to stop her from wearing pricey necklaces, armlets, and bracelets, among other things, according to Church Times.

The CEO of the Rose of Sharon Group reported that she wore them to match every single outfit she wore at the time, and she had a lot of them.

“I used to be really fond of jewelry.” I had a wide variety, and my jewelry had to match every piece of clothing I wore. I used to pray to God not to remove my jewelry back then. I would not have listened to someone who warned me not to wear jewelry if they had approached me. I’d be curious as to where that person is coming from. “But by the time God dealt with me on it, I had no choice but to get rid of it,” she explained.

The clergywoman, who is reputed to be one of Africa’s wealthiest women, said the turning point came when she began bleeding from her ear lobe while sleeping.

“That night, I discovered I was bleeding from the lobe of my ear.” I didn’t sleep with my earrings on that night, so I’m not sure what caused the bleeding. My earlobe had become clingy. It stung when soap touched it when I was bathing,” she explained.