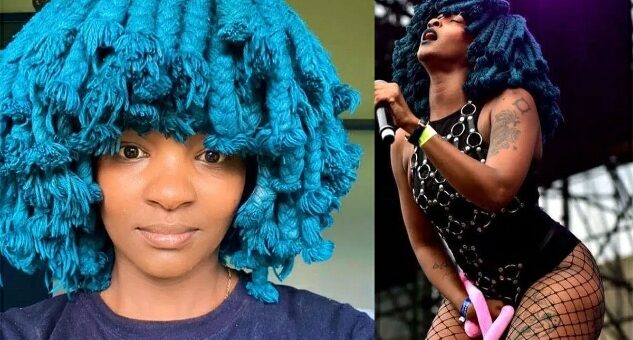 South African singer, Moonchild Sanelly has made a strong case for bisexual men on social media and wants ladies to take a second thought on.

According to her, there are a lot of girls who would love to enjoy themselves with bisexual boys because straight boys lack skills during se.xual intercourse and she recommended bisexual boys to girls who want to explore their se.xual life and have real se.x as she may be talking out of an experience she has had with a bisexual man.

TRENDING NOW>>  After seeing this wonderful pictures,you will know that love is blind

She made this commentary on her official Twitter page and it reads;

Can bisexual men just own it!!! Coz lies are very saddening! I do t know if u know that there’s plenty girls who love to have fun with bisexual boys coz straight boys be straight up unskilled with some sex things!!!!! #ownit We want that!

Can we normalise speak for yourself alone pls! Cos I don’t understand how person go wake up to this rubbish