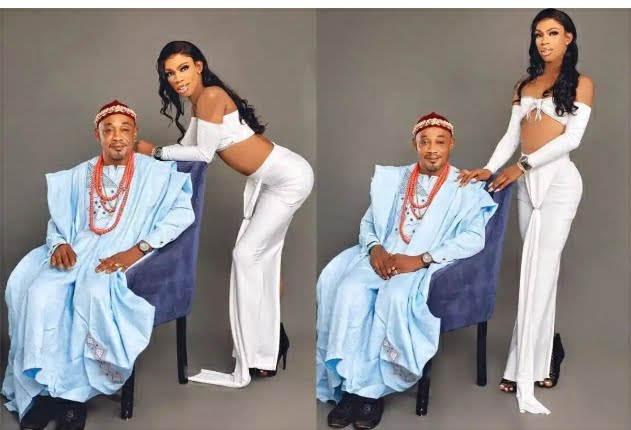 Crossdresser James Brown flaunted his father as he celebrated his birthday, and several internet users criticized Bobrisky, stating he could never flaunt his father like James Brown did.

James Brown revealed images of his father for the first time on his birthday, thanking him for providing him the best love any parent can offer their kid and wishing for a long life, good health, and fortune for him.

Some internet users mocked Bobrisky, James Brown’s former boss, saying that he can never show off the father like he has because he is always bragging, but that he is doing everything he can to keep him off social media, even on his birthday.

Bobrisky, on the other hand, wants to forcibly become a woman. We all know James Brown lives within his means, and we all know he can switch from being a woman to a man whenever he wants, which is probably why his father is cool with him.

Happy birthday To My Ever Young Radiant Dad , Thanks For Giving Me The Greatest Love Any Parents Can Give Their Daughter , You Overdosed Me With All The Care , And Unconditional Love. I Love You So Much Papa Your Daughter Wish You Longest Life Time In Good Health And Wealth