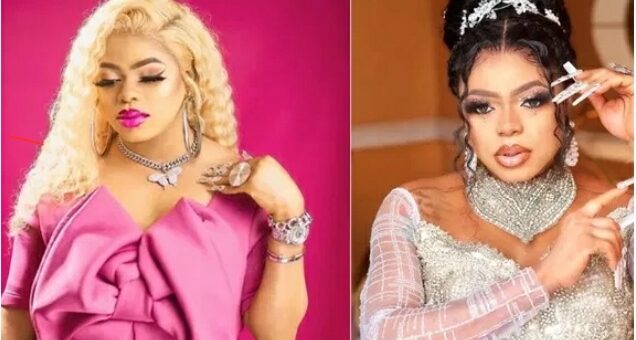 Crossdresser Bobrisky has put an SS3 student who joined his IG live in his place asking him to go and read his book as a big sister will always do.

Bobrisky who was shocked to know that the young guy that joined his live video is an SS3 student shouted and later did her job as a big sister asking him to go and read his books in a very polite way and not screaming at him.

Bobrisky performing the duty of a good sister asked the young guy what he does for a living and was surprised to know that he’s an SS3 student and immediately put him in his place asking him to go and read his books.

The young guy at some point got confused when Bobrisky asked him what he was doing on IG Live when he’s an SS3 student and was mumbling that he was studying his books but later was calm when she didn’t scold him as expected.

Bobrisky might be doing some things others don’t like because she’s a crossdresser but this video of her performing the duty of a big sister to a young guy shows she still has some values and knows what’s best at some point in time.