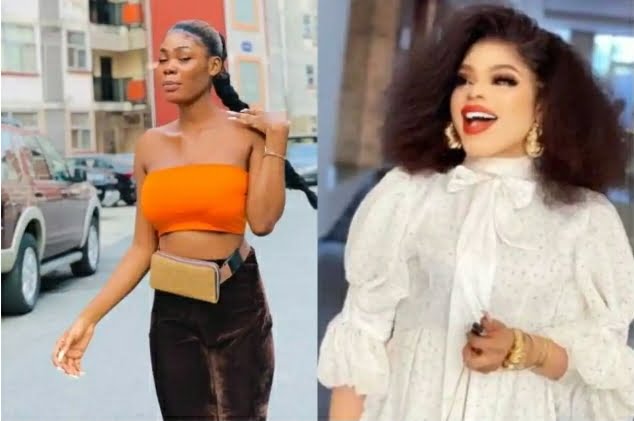 Bobrisky’s former P. A Oye Kyme has disclosed that she will be flying to Nigeria very soon to apologize to her former boss face to face as she doesn’t want to enter 2022 with grudges.

Oye Kyme was the P.A of Bobrisky but left due to some reasons we don’t know and in the cause of that dragged him online making a lot of accusations against him but later apologized to him online asking for forgiveness with all that she said about him.

Oye Kyme even though has apologized to Bobrisky online has claimed she’s flying down to Nigeria this December to ask for forgiveness from her former boss Bobrisky face to face as she doesn’t want to end the year having issues with anyone.

According to her, this year is ending well for her because she’s coming to Nigeria to see her former boss Bobrisky this December ask for real forgiveness from him face to face because she doesn’t want to enter 2022 like this.

It’s all clear that Oye Kyme is ready to make things right with her former boss Bobrisky but we can’t tell if Bobrisky is ready to settle things in person with her even though he has forgiven him on social media when she apologized some months ago.

My co-workers took away my job and told producers not to...