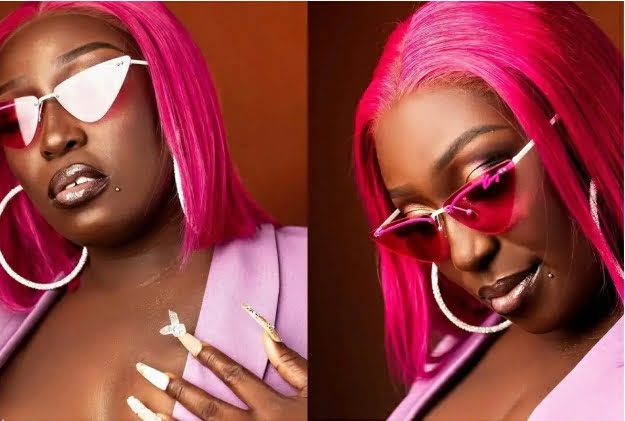 Eno Barony has served us with her sensuality in new photos she splashed on her social media platform to mark her birthday.

Eno Barony became 30-years old on October 30, and to remind fans that she has some goodies stacked up in her personality which she rarely flaunts, Africa’s unarguably best female rapper unleashed these photos to etch the special occasion in our memory.

In a related development, Sister Afia has mentioned that her beef with Eno Barony catapulted her to the new realm she occupies now after she set a new record at the 2021 Vodafone Ghana Music Awards (VGMAs).

MORE:  Man Rewards His Girlfriend With A Benz For Standing By Him When He Was Broke

Eno Barony, who is held in some breath as the finest female rapper on the African continent, finally got her recognition after becoming the first female to win the Best Rapper of the Year at the 22nd edition of the VGMAs.

While in the studios of Kingdom FM, the Jeje singer whose spontaneous beef with Barony and Freda Rhymez in their triangle of lyrical altercation told Fiifi Praat, that brief moment in the annals of Ghana music is what has tilted attention to Barony.

Afia emphasized that she was not by any way saying she’s responsible for the award Barony won but merely saying that particular beef sparked rave reviews for her brand and that made the organizers see her huge potential under the year in review.