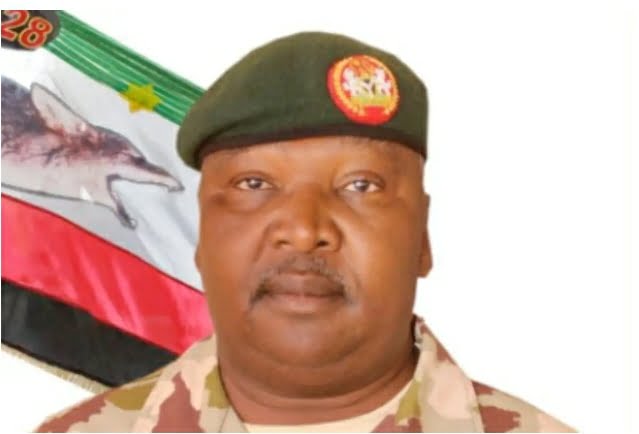 According to a statement issued by the Nigerian Army’s spokesperson, Brig General Onyeama Nwachukwu, the Joint Task Force, North East Operation HADIN KAI, neutralized multiple ISWAP members during the conflict, which was still underway at the time the announcement was issued.

”Sadly, a gallant senior officer Brigadier General Dzarma Zirkusu and three soldiers paid the supreme sacrifice in a very rare diplay of gallantry as they provided reinforcement in a counter offensive against the terrorists, and successfully defended the location. The family of the senior officer and soldiers have been contacted” the statement read

MORE:  ‘This Is Too Dangerous’ – Fans React To Video of Pregnant Actress, Uche Ogbodo

Nwachukwu stated that the Chief of Army Staff, Lt Gen Faruk Yahaya, expresses his deepest condolences to the families and relatives of the dead heroes, adding that the army should continue their fierce counteroffensive and hot quest to remove the remaining terrorists.

In other news, Jude Nduka, 35, has been detained by personnel from the Delta state police command for reportedly raping two sisters and impregnating one of them.

According to a statement made by the state police command’s spokesperson, DSP Edafe Bright, the suspect, who lives on Obi Onuwe Street near Kowen Plaza in Asaba, was successful in impregnating one of the sisters and then defiled the other, who is 13 years old.

“A complainant, a woman, reported that the suspect allegedly raped and impregnated her daughter (name withheld) aged 16 years old and also raped and defiled her teenage daughter name (withheld) who is aged 13 years old.

And the police detectives commenced investigation and the suspect was arrested. Upon interrogation the suspect confessed to have committed the crimes.”

According to Edafe, medical examinations on the victims were conducted, and the suspect is presently in prison and will be charged in court once the inquiry is completed.