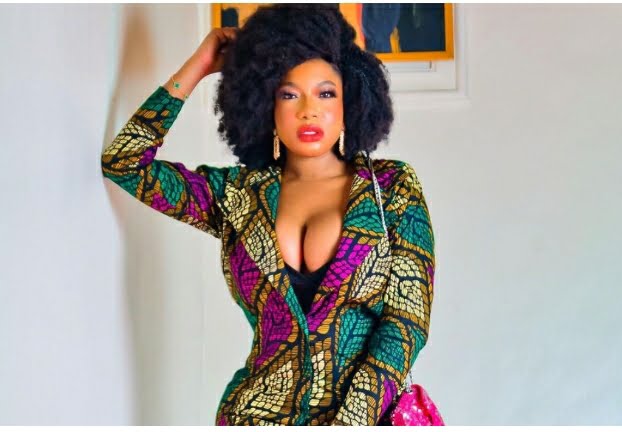 The popular and beautiful actress flooded these sumptuous photos on her verified social media handle on the popular social media platform, Instagram.

As a caption to these photos, she wrote;

“Making faces because it’s going to be an awesome October! #happynewmonth #happyindependenceday

As an actress, Chika Ike has graced our screens on countless occasions. She began her film career in 2005 when she played a minor character in the movie Sweet Love. She got her first major role that same year in a movie titled Bless the Child and has since played major roles in over a hundred movies, such as Paradise, Mirror of Beauty, To Love a Stranger, Girls Got Reloaded, Happy Ending, Yes We Will, Anointed Queen and The Prince and the Princess.

She now has her own production company known as Chika Ike Production, she produced her first movie dubbed Miss Teacher in 2014 and her reality TV game show, African Diva Reality TV Show. She is the executive producer, host, and member of the judging panel of her reality TV show. The first season was aired on DStv and the second season aired on AIT.

In 2015, she collaborated with Rok Studios to produce some movies with some of them being Happy Ending and Stuck on You.