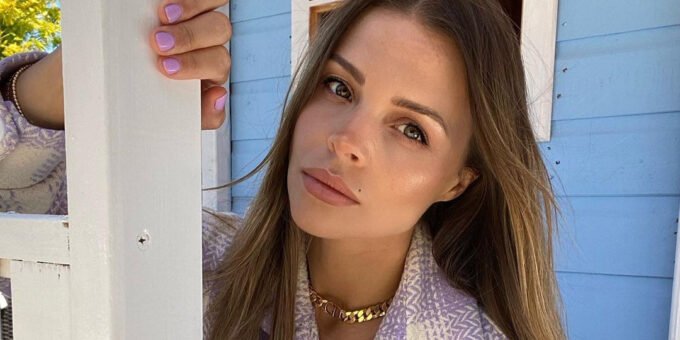 Chloe Lewis is a reality television star best known for her role on the television series The Only Way Is Essex (TOWIE). She is now the mother of a beautiful baby. Who is his father?

If you are a fan of The Only Way Is Essex, you would surely notice the beauty building a relationship with Jake Hall. Why did she drop out of the show?

Chloe is from Essex, England. Her parents are the owners of a pub called The Top Oak in Stapleford Abbotts in Essex.

How old is the star?

In 2015, she joined the reality show The Only Way Is Essex (TOWIE).

Before the show, she was a member of a musical group with Jess Wright. A short time later, she left her career in music.

Why did she leave TOWIE?

She spent several years entertaining her fans on the show. Then, she decided to take some time off:

Hi guys, it’s true. I’m taking a break from Essex. I’m in…love. And I think it’s time for me to move on. Will miss you all lots but I’m sure I’ll still see you all out and about!!

How much is The Only Way Is Essex star worth?

Who is Chloe Lewis dating?

Who is Chloe Lewis partner?

The reality show star is currently in a relationship with Danny Flasher. They started dating in 2017. Shortly thereafter, they began living together.

He worked as an Emerging Market Broker at the time. The reality television star posted their first picture on her Instagram on Valentine’s Day.

Then she asked him to join TOWIE, and he said no:

While she wanted her boyfriend to be part of the show, she had a few fears about starting a new relationship on the show:

TOWIE doesn’t have a great history when it comes to successful relationships but you never know, so never say never.

Her fears were due to her prior relationship with Jake Hall, a former TOWIE cast.

Her concerns did not become real. As of today, she is living happily together with Danny and their kid.

The couple first delivered the good news of their pregnancy to their fans on 22 May 2019.

They welcomed their first baby in October. The boy’s name is Beau Lewis Flasher. His name means handsome in French. Three weeks after his birth, she shared his picture on her Instagram.

In an interview with The Sun, she disclosed details of her pregnancy. The truth is, she could have had two babies.

The next day I booked a scan with a private doctor, and she said: ‘There’s baby number one and baby number two.’ I was shocked.

After the bleeding she had in her first trimester, she went back to her doctor:

But then she said she could only see one of the embryos, so it was either behind the other or I had lost it. I told her about the bleeding and she said that I probably had lost it.

Three weeks later, she discovered that she had a miscarriage. As a result, she began to blame herself for this:

Fortunately, Chloe Lewis boyfriend and friends helped her to deal with this loss. Danny always reminded her that they were lucky to have even one child.

Recently, the reality star shared that their son Beau has had to wear a helmet for 23 hours a day because he suffered a dishaped head due to a traumatic birth:

When Beau was born he suffered a dishaped head due to a traumatic birth & then for months after he would sleep on the flatter side as it was more comfortable for him. We used the shaping pillow but in Beau’s case it didn’t do much for him.

Later, she became acquainted with a woman named Ria and her child, who had the same problem. Ria recommended that the star consult The London Orthotic Consultancy.

How do you like Chloe Lewis style? Did you know she wears clothes from her own brand?

It’s nice to have something to focus because TOWIE can be quite hard work, I think people just think it’s all fun and games.

Her first collection was released in cooperation with the Little Mistress team. Chloe Lewis clothes came with three ranges for all types of girls.

Aside from the fashion industry, Chloe Lewis got interested in the production of cosmetics.

Thus, in 2017, she launched her own beauty line called Chloe Lewis Beauty. She started with an array of lipsticks.

I am absolutely thrilled to be launching Chloe Lewis Beauty, having always been fascinated by makeup and the beauty industry as a whole. In the past, I struggled to find that ‘perfect’ shade of lipstick so it was a dream come true working alongside an amazing team to create such a versatile range of colours.

The lipsticks were named:

These luxury lipsticks have been designed to wrap the lips in a revitalizing colour infused with vitamin E.

As of today, Chloe Lewis’s beauty line includes a variety of high-quality products in fine packaging.

Wothappen.com recently reported about the life of Iyabo Ojo. She is the entertainment queen of Nigeria and has won the hearts of myriads of people throughout the world.

While in school, she became passionate about the theatre and joined the school theatre group. Which of her movies have you already seen?