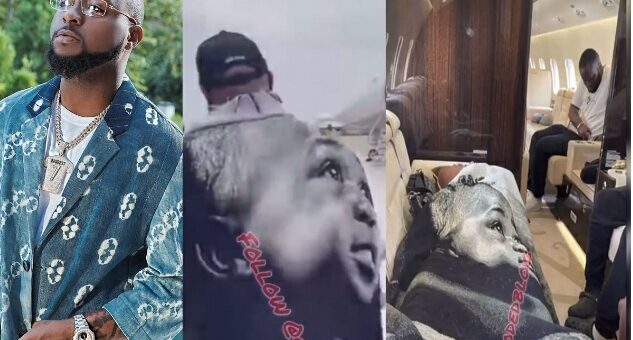 Nigerian music superstar and record label boss, David Adeleke professionally called Davido has joined the millions of Nigerians who bitterly lamenting over the worsening state of the economy coupled with the unrest in the country due to banditry and surgency of abduction.

Davido cried out on his Twitter page that the hardship Nigerians are currently going through is not different from being in hellfire and slammed the incumbent administration led by President Muhammadu Buhari and their supporters for putting Nigerians into this mess.

The father of three described the present circumstances and happenings in the country as disgusting and evil and Davido used his popular slang where he claimed the country has choke.

“God how did it get to this man !!! Any body supporting this government suppose go hell fire Walai …. it’s not even ridiculous no more it’s disgusting and evil !!!!

In a video shared by Instagram blogger, Tunde Ednut, Davido could be seen making his way into his private jet as he flies out of Nigeria and according to Tunde Ednut Davido is going to Atlanta, Georgia.ADVERTISEMENT

He captioned the video;

OBO on his way to ATLANTA, GEORGIA in his multimillion Private Jet. See you soon a Brozay…. #CuliWay