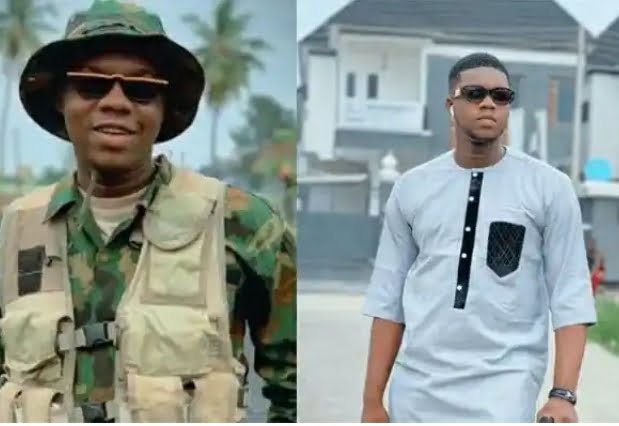 According to the Nigerian Navy, Nigerian comedian Cute Abiola is serving a one-month term for ridiculing the Nigerian police.

The Instagram humorist was arrested on November 15, 2021, but he was allowed to serve his’mild corrective punishment’ at the cantonment.

According to the Nigerian Navy, he was placed on one-month ‘extra duty’ for wearing police uniform in one of his skits and ridiculing the Nigerian Police Force in the process. On December 15, 2021, after his sentence is finished, he will be able to return home to his family.

“He is no longer being held in custody.” He has been given permission to move around while serving his sentence.

“Because he was arrested on November 15, a month will begin to count from that date, which means he will be engaged until December 15.” He’ll be off the extra duties by then.”

According to another military source, the comedian’s new position entitles him to the title of “Minister of Works in the Barracks” for the term of his sentence.

He went on to say that as a military officer, Cute Abiola should have known better and should not have dressed up in a police costume in one of his plays, much less ridiculed the sister agency in the process.

His lawyer, Fatai Adebanjo, verified the news and expressed delight, saying that the comedian’s wife and mother, who had been distressed since the experience began, will be consoled.