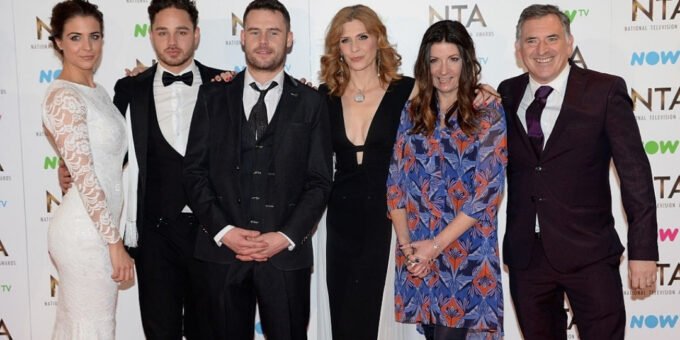 Danny Miller is a British actor best known for his role as Aaron Dingle in the British soap opera Emmerdale Farm. His role on the show has established him as one of the best actors in the UK. He has also won several awards, such as The British Soap Award for Best Actor. He is also famous for his role on Scott & Bailey, where he played Sergeant Rob Waddington.

Danny Miller gay character on Emmerdale Farm was thrust into some of the most hard-hitting storylines on the show. Is Danny Miller gay in real life, and what’s his height? Here is everything you need to know about the actor’s life, including details about his career and family:

The actor was born Daniel Benedict Miller on January 2nd, 1991 in Stockport, Greater Manchester, North West England. As of 2021, Danny Miller age is 30.

The soap opera star was always destined for the big screens as his father Vince Miller is a comedian and compère. His dad is best known for his work as a matchday host at the famous Manchester United home ground, Old Trafford.

The star is very close to his dad and had this to say about him:

“He’s a great compère, very funny and witty, and gets to do loads of things. I’ve been to Fergie’s birthdays and wedding anniversary’s as his guest.”

Vince Miller has nine children. There is not much known about Danny Miller siblings; however, he has an elder sister named Lucy Catherine Miller.

The star began hisacting career in BBC’s long-running children’s drama series Grange Hill, where he starred as Kyle Brown in 2007. He then began playing Aaron Livesy / Aaron Dingle in Emmerdale Farm in 2008.

His role on the show got him voted as the Best Soap Actor of 2011 in a Digital Spy poll. However, he exited the show in 2012 after three and a half years. He left the show to pursue something different. He had this to say about his decision to leave the show:

The decision was so difficult – but I knew that I wanted to look at doing something else. I’m looking forward to getting out there and having the excitement of auditioning again – and just being a jobbing actor, I suppose! I’m looking at trying some different stuff – maybe some theatre or some dramas. Leaving Emmerdale was definitely the hardest decision I’ve ever had to make, but everyone here has been so supportive over it.

In April 2014, the star made a comeback on Emmerdale as Aaron Livesy. His character on the show has faced many difficult storylines on screen, including his battle to accept his own sexuality and his involvement in the assisted suicide of his paralyzed boyfriend, Jackson Walsh.

Danny Miller partner Robert Sugden relationship on screen is also littered with disasters. To protect their sexuality, Robert Sugden pushes fellow actress Katie onto some rotting floorboards, sending her plummeting through to the basement and breaking her neck.

Danny has seven credits as an actor.

Is Danny Miller in a relationship?

Yes, the star is currently dating. For those wondering, “Is Danny Miller gay?” the answer is no.

Danny Miller girlfriend Stephanie Jones is a gorgeous lady. The two have kept their love life off the public eye, though they occasionally share cute pictures on Danny’s Instagram.

Who is Danny Miller wife?

The star is not married but dating he is currently dating his girlfriend Stephanie Jones. He was, however, in a relationship with Kirsty Leigh Porter from 2010 to 2015.

Who is Danny Miller daughter?

A look at the star’s Instagram might make you think that the star has children. As of 2021, he does not have a child. The actor, however, shares photos of him with his nieces and nephews on his Instagram.

What is Danny Miller height?

Danny Miller’s acting career has skyrocketed over the years since his debut in 2007. He has made a name for himself as one of the best soap opera actors in the UK.