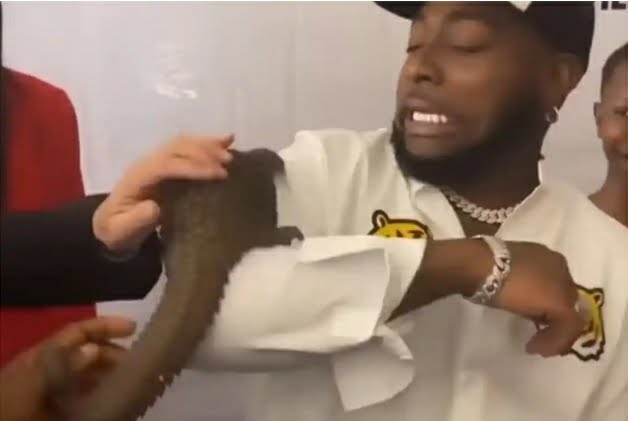 At a gathering, Emmanuella, a popular Nigerian comic actress, was caught on camera laughing at Afrobeat music singer Davido when Davido claimed extreme agony when a Pangolin was placed on him.

Davido appeared terrified in the video as the Pangolin that had been placed on his arm walked up to his shoulder and towards his neck. He was uneasy and pleaded with the animal’s caretaker to take it away from him.

Everyone there couldn’t help but chuckle at Davido for his inability to remain calm and accept the innocuous creature on his body.