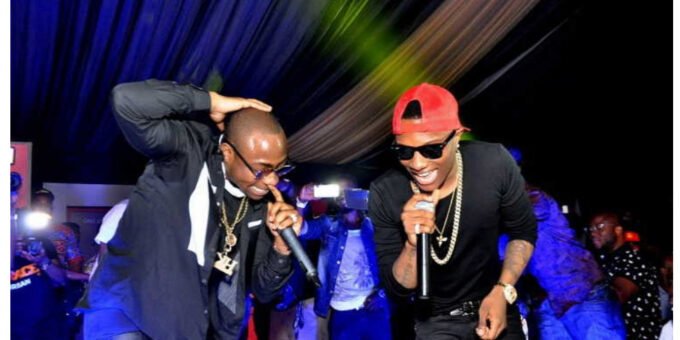 A picture of Davido and Wizkid wearing the same shirt and with the same pose has caused a debate on social media as their fans are arguing over who rocked the shirt better.

In pictures, the two were seen rocking the shirt with their bare chest on display. They were also seen in a pair of jeans and sneakers, almost posing the same way.

Davido is known to be one of the best musicians in Nigeria and his fans have mentioned on many occasion that he is among the best. Wizkid has claimed to be a star boy in Africa hence, it is difficult to compare the two musicians.

The two musicians were good friends until they began having petty arguments which separated them. Earlier last year, Davido mentioned during an interview with Ebuka that he wanted to a collaborative album and tour with Wizkid.

See the pictures below;