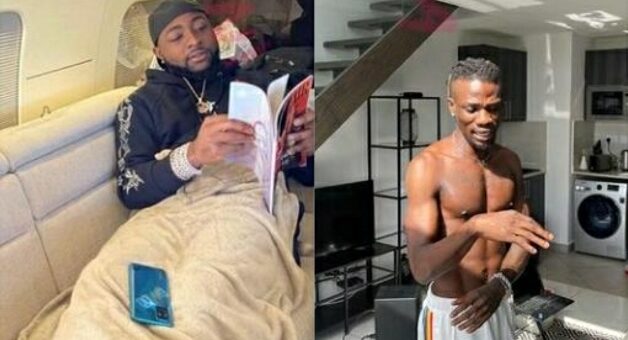 Singer Davido has been called out by a fan for not treating Yonda one of his top songwriters well looking at his recent looks and situation.

The nosy fan in a post called Davido out for enjoying and cruising while his boy Yonda is broke asking him to go back to Nigeria and lift him up.

Yonda personally hasn’t complained about anything neither has he said he is broke that the fan thinks he’s lacking something that only Davido can help.

TRENDING NOW>>  [VIDEO] Davido Performing Some Daddy Duties As He Hangs Out With Ifeanyi & B Red’s Son, Jordan, In His Father’s Palatial Mansion