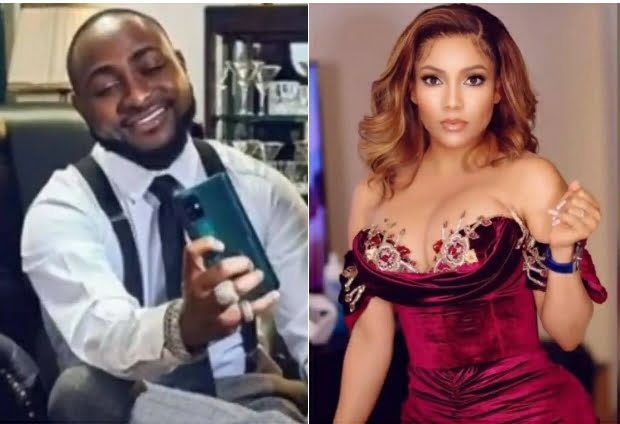 Maria Chike Benjamin, a Big Brother Naija ‘Shine Ya Eye’ housemate, has provoked an avalanche of varied emotions on social media after making a statement against Davido, a singer and music mogul.

Maria said in a viral video that Davido is her lover and that she would sleep by his side. The amusing video was acquired from TikTok, and it showed an American woman living on a TV show claiming ownership of a gentleman.

Maria decided to relive the moment, but this time she used Davido and herself to make her point.

When questioned if Davido is her guy, she boldly stated in the positive, adding that she will settle for and stick by his side.

This comes after donations to Davido’s account totaled 251 million naira prior to his birthday party.

Watch the video on the slide;

Check out some of the comments below.

joodie; ‘She wan decamp to David’s camp. Kelvin should not be allowed to commit oo.

nelsonherodrive; ‘If you ask her again, she’ll say she can’t remember when she last spoke to you.’

‘Davido is everyone’s man; he’s generous and compassionate.’ Maria is a lovely and amusing lady. In terms of grabbing cruises, she could be the new Don Jazzy.

‘It’ll be all games until you’re the fourth baby mama,’ sheisrufaro says.

omah_; ‘Oh, we’re many. He’s my man, as well as a number of my buddies. We all peacefully love him. However, we will not tolerate Maria’s bullying or overtaking.