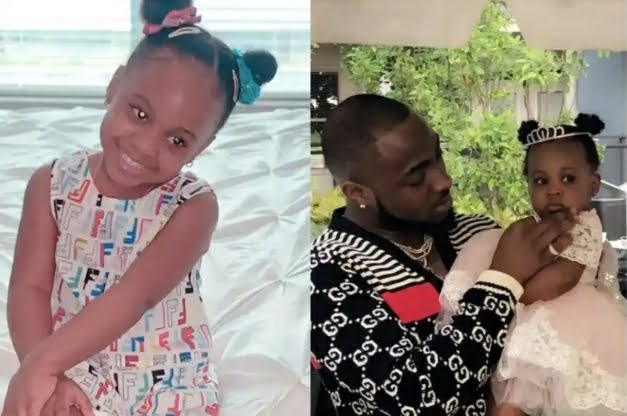 Davido has reacted to his second daughter Hailey’s birthday letter telling him how much she loves him and how she makes him happy.

Davido’s birthday was yesterday, and he was feted by his friends and loved ones, but among his children, only his second daughter Hailey was feted, as she was the only one to whom he responded to her birthday greeting.

Davido adores all three of his children, and they adore him in return, but they must be supervised by their mothers before they can upload a video praising him or write a birthday card to him, which we assume only his second baby mama Amanda did.

So far, only Hailey has celebrated Davido’s birthday by telling him how much she loves and misses him on Instagram, and he has responded by revealing how much she makes him happy.

Imade is a smart kid who adores her father, and we suspect she may have celebrated his birthday away from social media, which is why she didn’t bother to send him a birthday message like her sister Hailey.

Ifeanyi is just two years old and prefers to communicate with his father via social media because his mother is not a social media user, but based on what we see on social media, we can conclude that Hailey is the only person who has congratulated him thus far.