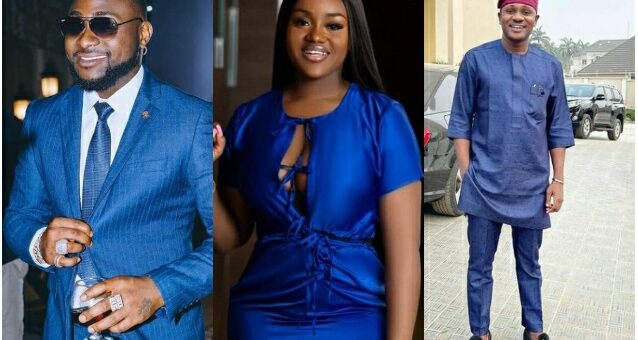 Singer Davido seems to be in a silent battle with his cousin Clarks Adeleke as he has unfollowed him on IG after his annoyance speech at Chioma’s birthday party.

Clarks Adeleke speaking at the birthday party of Chioma advised her not to let whatever problems she has with his brother Davido spoil the friendship they have assuring her that he will always be by her side no matter what happens with Davido.

Davido who seems not to like the speech his cousin Clarks gave at Chioma’s birthday party allegedly unfollowed him on Instagram right after that to show his displeasure of what he said to his baby mama on her 26th birthday.

Davido and his cousin are so friendly and for him to unfollow him on Instagram shows that he didn’t like what he said to Chioma at her birthday party which wasn’t necessary at that particular moment of the celebration.

Though his cousin didn’t do well with his speech at that moment, Davido unfollowing him because of that makes it too harsh as it appears he doesn’t want to have anything doing with him anymore on Instagram.

Davido and Chioma have their own differences and even though he has reduced her to his baby mama, some family members are not willing to allow their differences to ruin the relationship they have with Chioma.