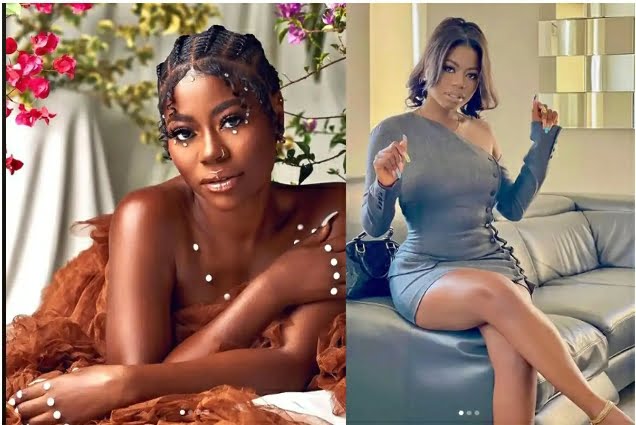 Sophia Momodu, the first baby mama of award-winning Nigerian singer, Davido has revealed the song that ushered her into pregnancy.

Sophia Momodu’s child, Imade turned 6 a few months ago and despite not being in a romantic relationship with the father of her daughter anymore, Davido, she is not ashamed of getting pregnant for him and the condition under which her pregnancy came up.

In a video she posted on her Instagram story, Sophia Momodu revealed that she got pregnant with Beyonce’s song ‘Drunk In Love’ which features her husband, Jay-Z.

She made this revelation while reacting to a video a lady was performing the song as it was being played at night club and she said it in excitement. She was heard saying “I’m so sure I got pregnant with this song’

Reacting to the video;

@realofficialyemi; “This girl wey too like DRUGS am sure no be clear eyes she take Talk am

@officialbobbyfrederick; “She has a name the way u attach baby mama to their name is disrespectful sha”

@thesocialmediachiefng wrote; “As long it’s Beyoncé on the background while you guys made love, trust me that love making will be bom arrrrrrrzzzzzzzzz! And the kids will be beyonciful”

@magdollarsempire wrote; “Which song i go use give person daughter belle. Please friends do you know any”

@callmecally wrote; “My own problem is that I’m wondering why the singer who’s performing looks like a girl but sounds like a man.