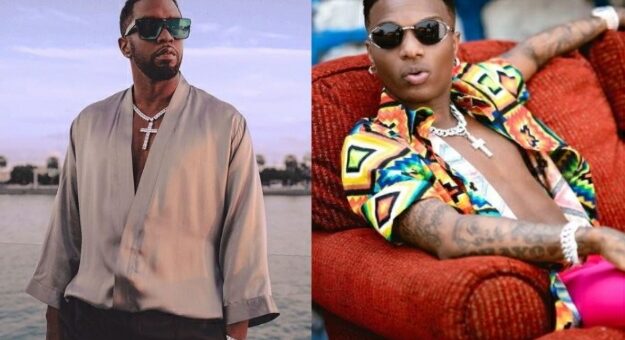 Recall the music guru was executive produced Burna Boy’s ‘Twice As Tall’ album which according to entertainment pundits, boosted Burna Boy’s confidence and won him his first-ever Grammy Award.

According to the Twitter user, Grammy Award-winning artiste, Wizkid tried contracting P. Diddy to work on his ‘Made In Lagos’ album as well but the rapper declined after he learnt of a s3xtape charge against the singer.

He added that Diddy chose to work with the better who eventually brought home the needed result.

Wizkid contacted Diddy to be the executive producer of Made in Lagos, unfortunately Diddy had to decline after hearing the Sextape.

No be my fault say your mcm no fit level up to Burna’s talent. Diddy worked with the Better artist and Burna didn’t even post him like your fav did